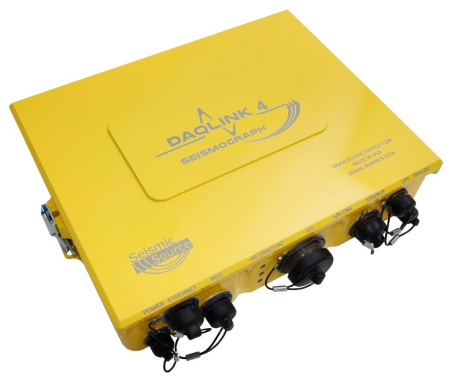 DAQlink-4 is a portable inline seismic station that provides seismic surveys with any methods on land, in boreholes and in the water area. The possibility of continuous data recording allows using the station as a stand-alone recording system for seismic monitoring or passive MASW.

The number of channels in one recorder could be 6, 12, 24 or 48, but the system configuration allows increasing their number by linking the stations through cable lines up to 3 km long, which are used for time synchronization in the modules and data exchange between them. When using the seismic station as a stand-alone recorder, time synchronization of the units is carried out through a GPS receiver, and in the case of operation in mines and tunnels it is maintained through a built-in clock or with the help of a VHF radio modem. 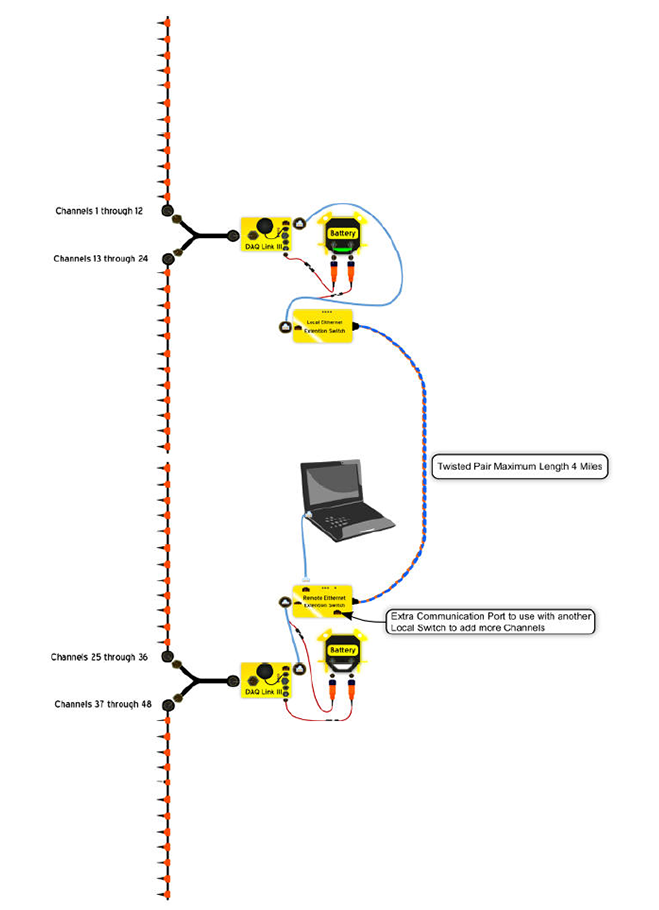 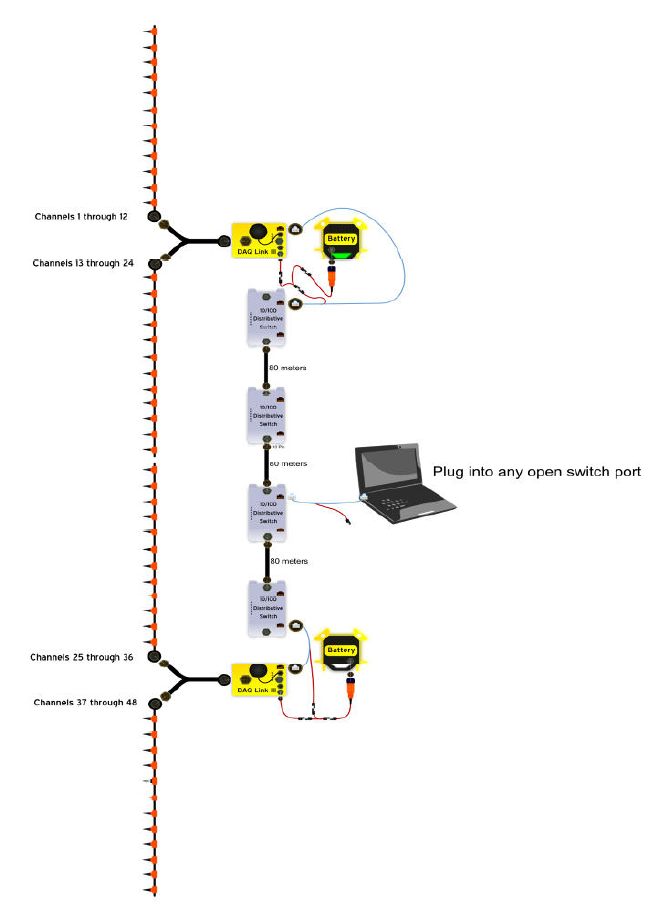 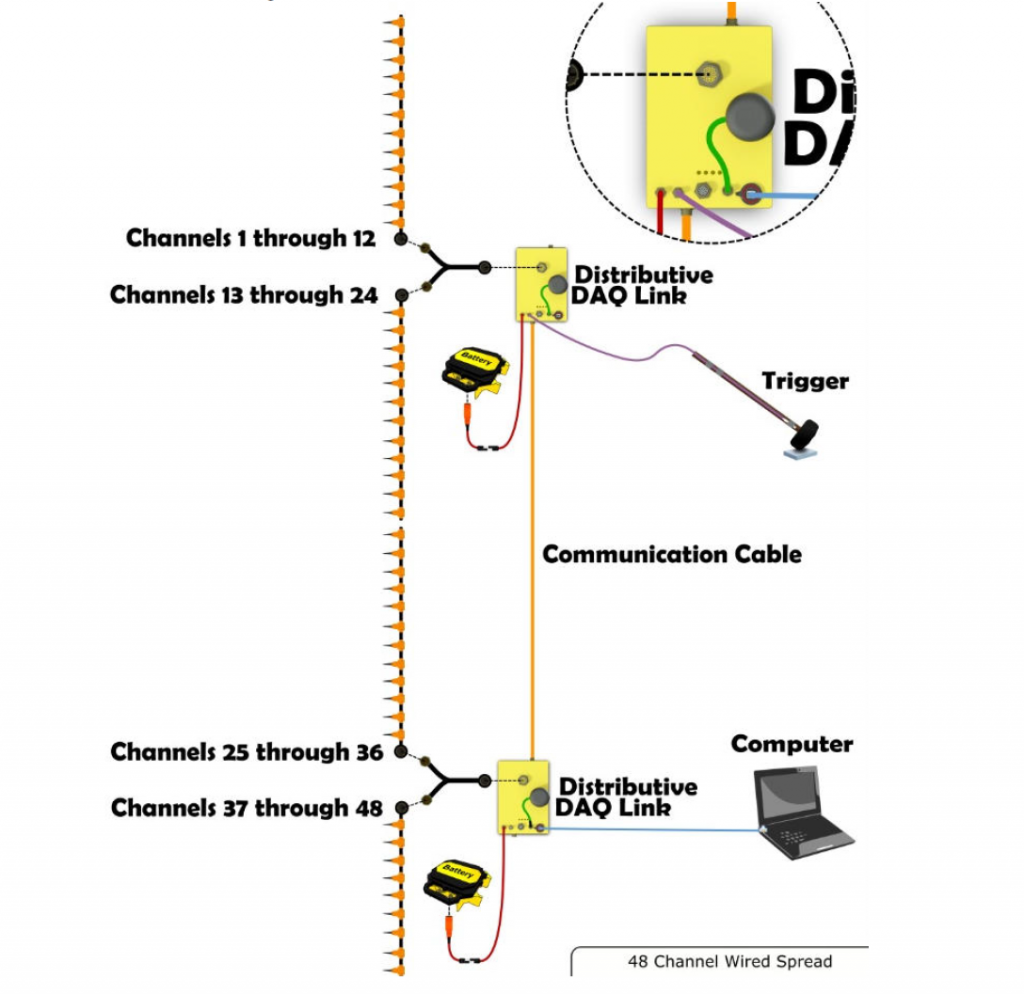 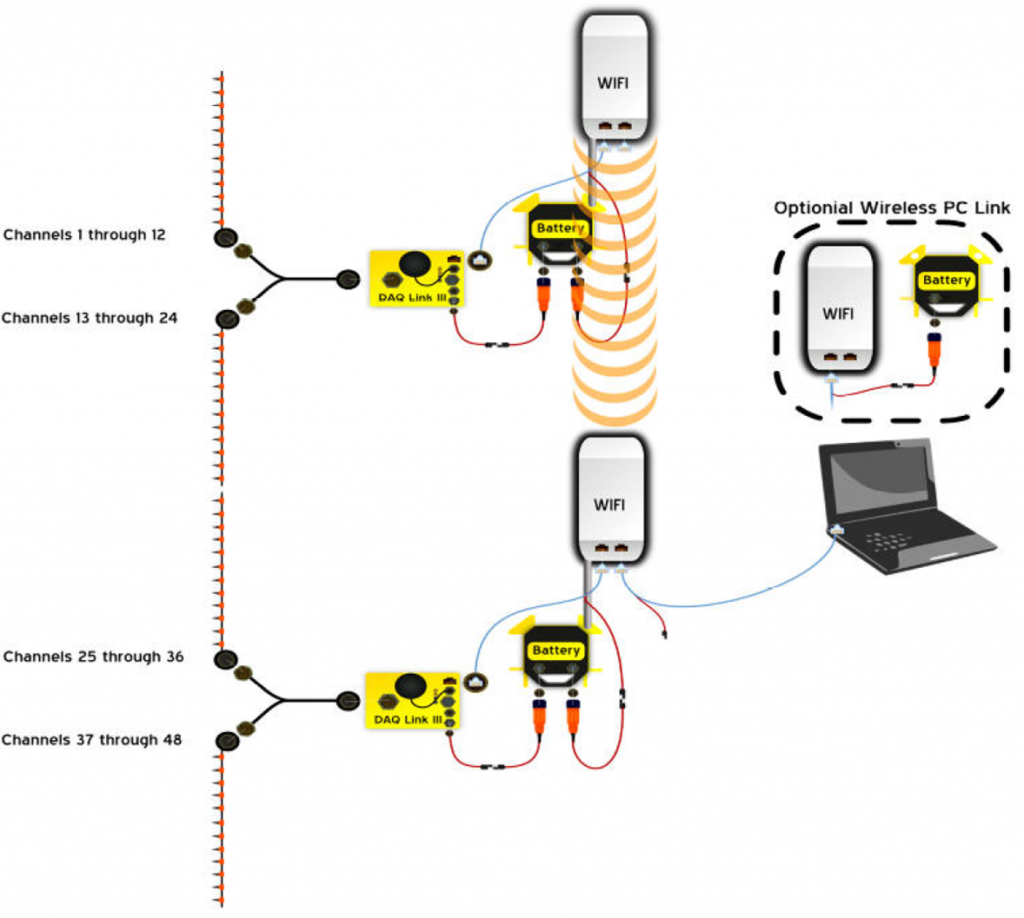 Several seismic stations can be linked together into a single recording array using different wired or wireless interfaces. There are so many ways to connect that only a few of them are listed here. 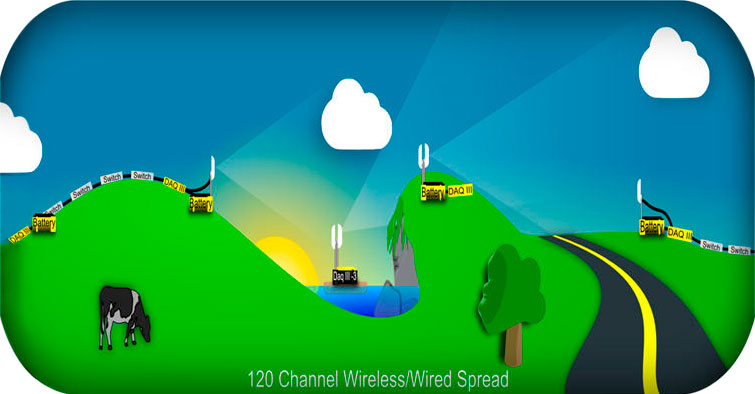 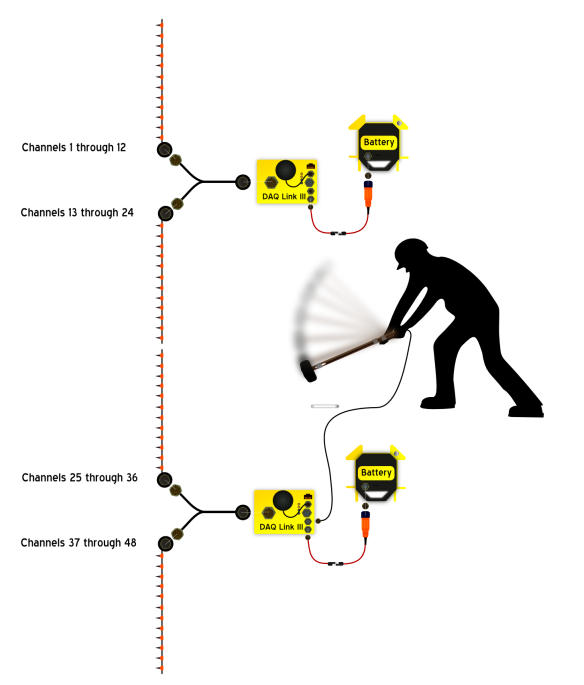 Several DAQLink 4 can also work in a fully stand-alone mode without a network connection or connected computers. The data are recorded on the built-in memory of GPS-synchronized seismic stations and can be downloaded after the work is completed. CSP seismograms are created later using the Harvest software. 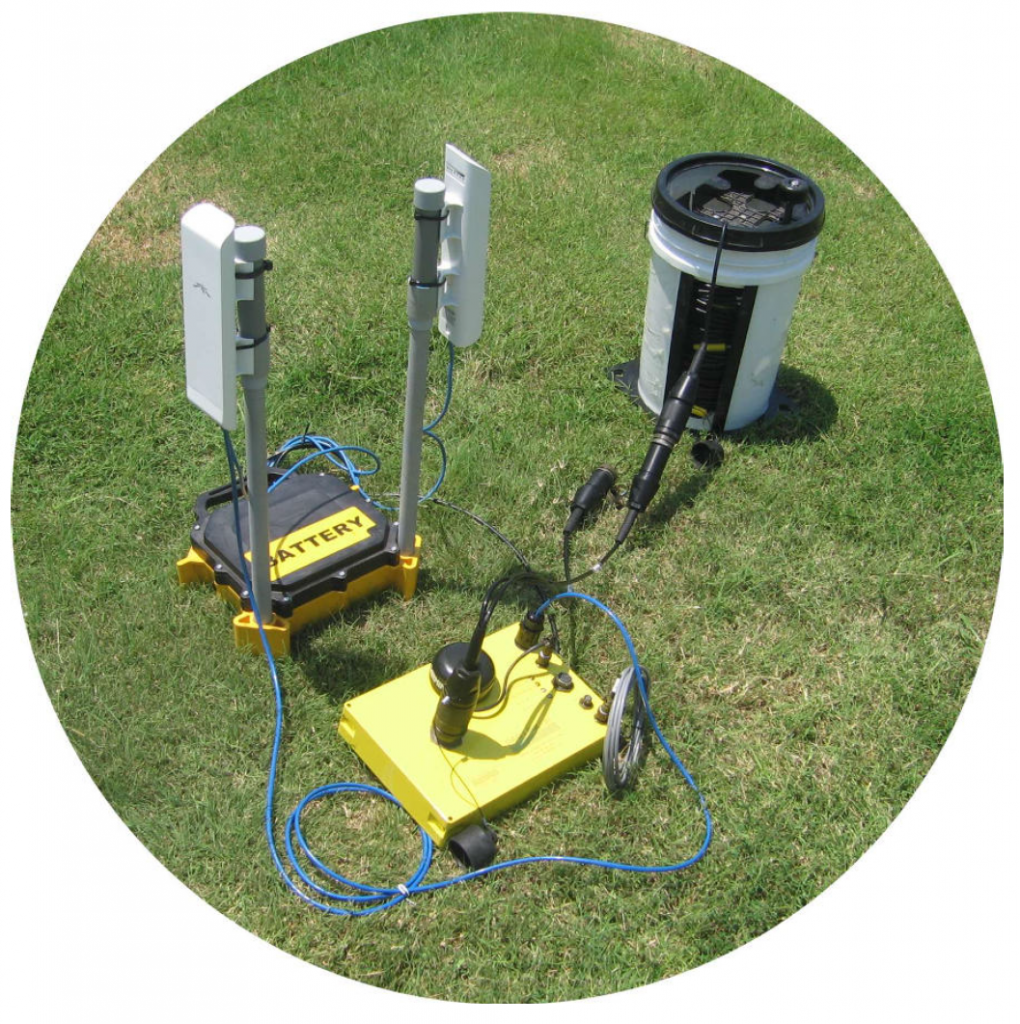 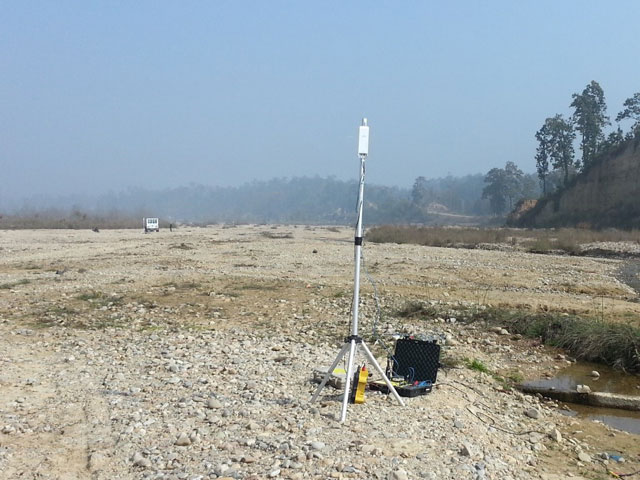 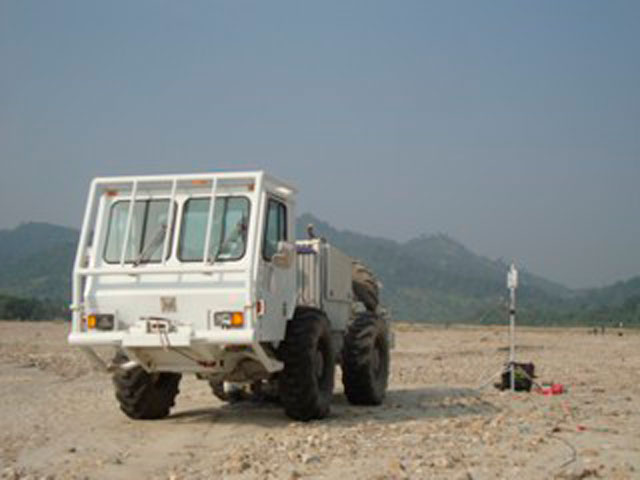 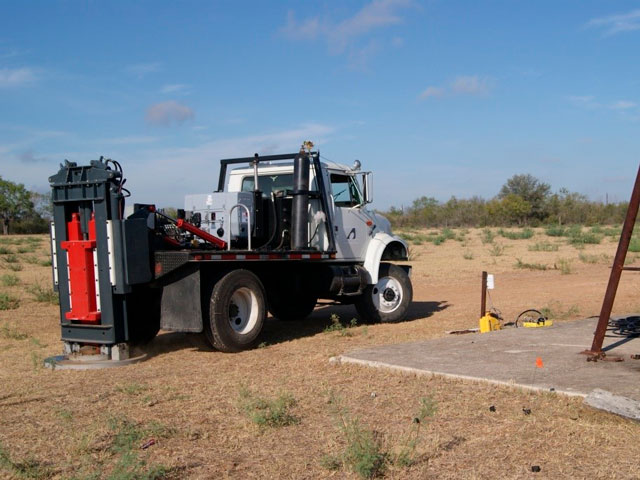 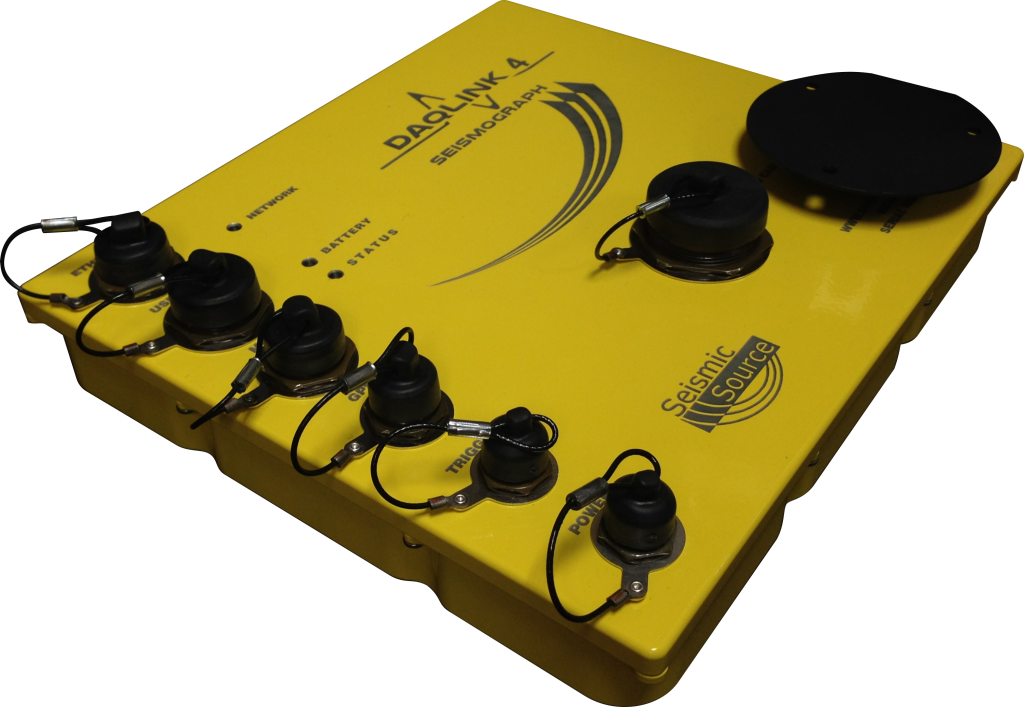 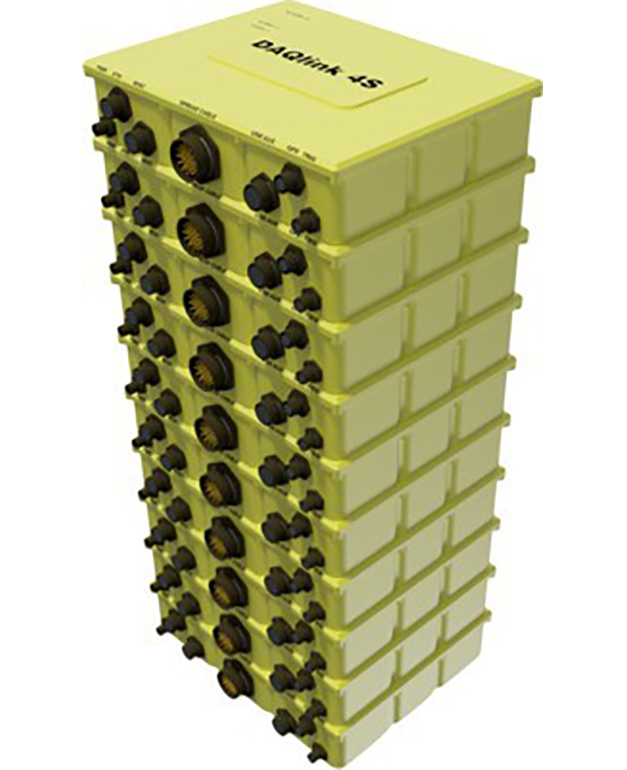 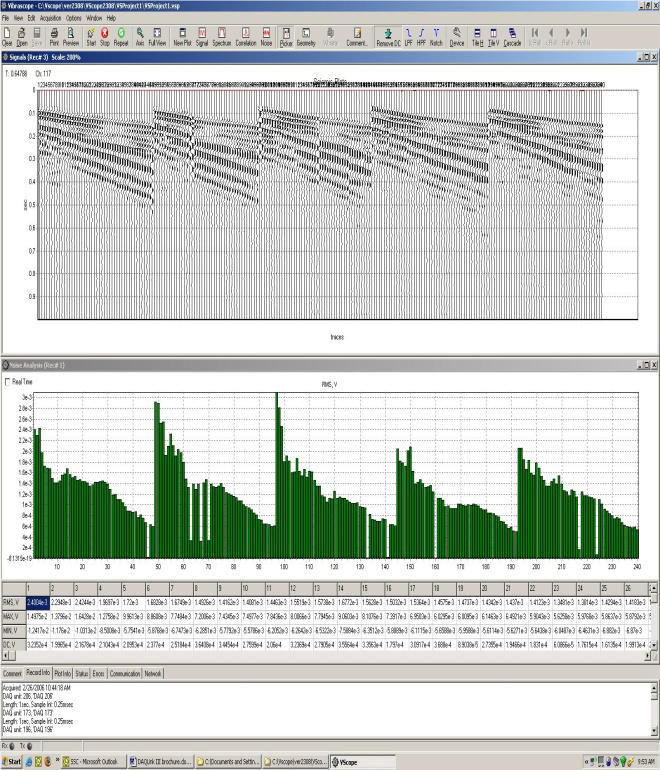 The side placement of the connectors is convenient for linking the stations into a single array.

In addition to the DAQlink 4 seismic station the following items can be purchased: