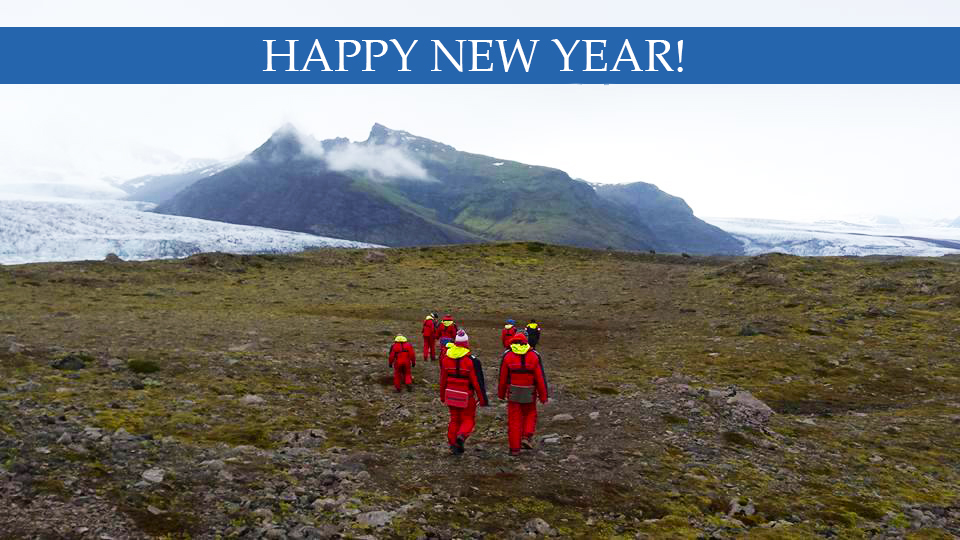 Along with our new hardware & software solutions, let us step forward into the new decade to achieve both greater efficiency and gains in performance of geophysical operations on land, at sea and in boreholes!!! With respect and warmth, GEODEVICE team!

Our fellows came back from North America, where from February 25 to 27 they took part in  Oceanology International Americas (San Diego, United States) - an exhibition and conference devoted to the development of modern technologies for research and monitoring of the seven seas resources, then from March 3 to 6 they participated in PDAC: The World’s Premier Mineral Exploration & Mining Convention (Toronto, Canada)  - the World's largest congresses on the development of mineral deposits, and then from March 17 to 21 they took part in Symposium on the Application of Geophysics to Engineering and Environmental Problems (Portland, United States), where they presented several talks and conducted a field demonstration of broadband electromagnetic ARMT-5 complex. Geodevice exhibition booth served our esteemed clients at all events and the wide range of equipment and corresponding technologies for various geophysical studies has been demonstrated. 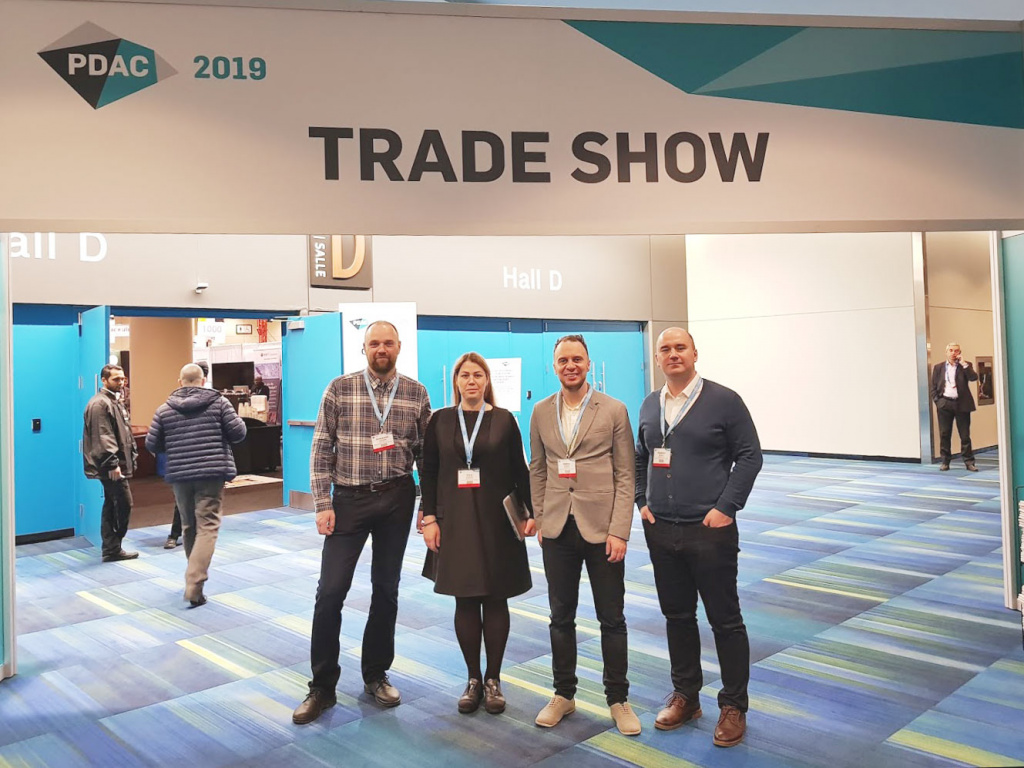 At February 4-7, the World Trade Center in Moscow hosted the "GeoEurasia-2019: International G&G Conference and Exhibition: Advanced Exploration and Development Technologies". Our fellows delivered the commercial presentation, as well as a number of technical talks devoted to different state-of-the-art geophysical studies that are being constantly fulfilled. In addition to that, the Geodevice booth on the exhibition floor was always opened for the event visitors who could familiarize themselves with our key products and developments.

In the meanwhile, in a far-away Hungary, the crosshole seismic testing (CST) studies on pressure and share waves are still ongoing with our equipment - the most modern in the World for solving survey issues arising at construction of highly sensitive objects. 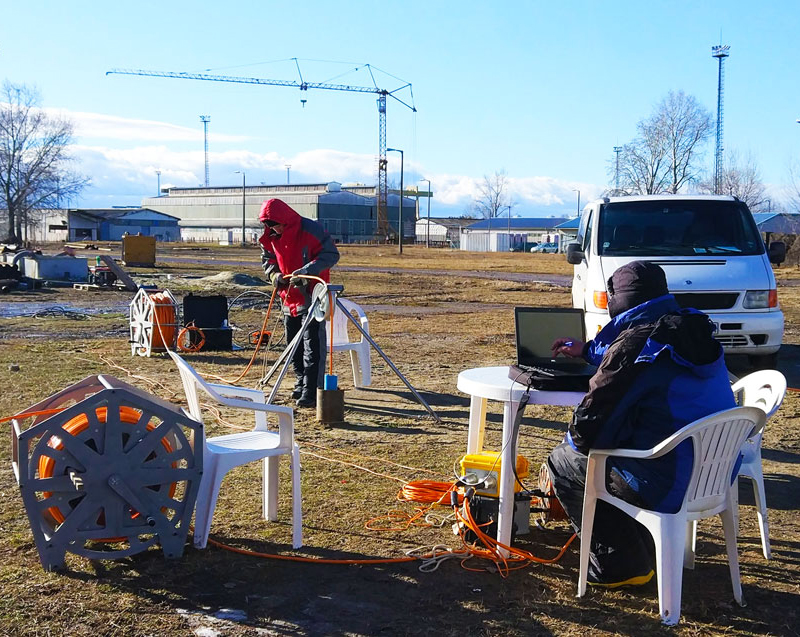 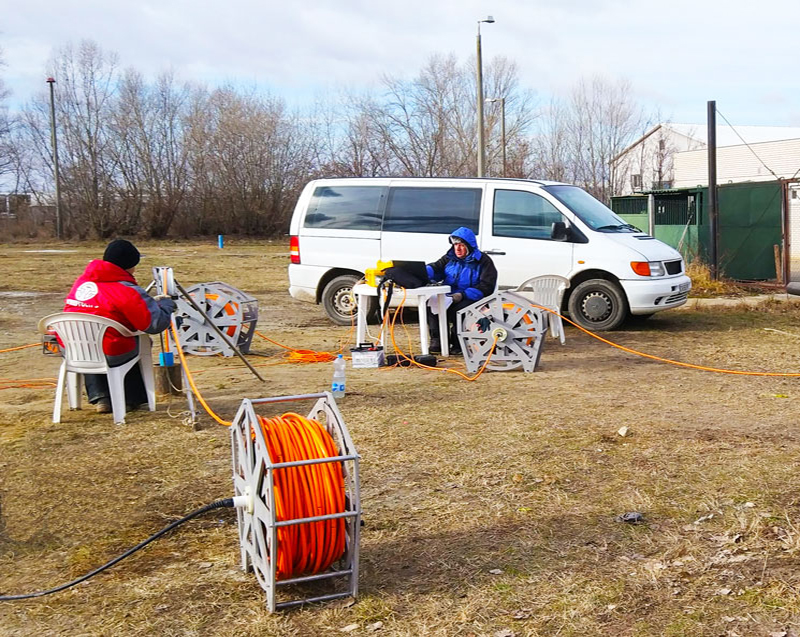 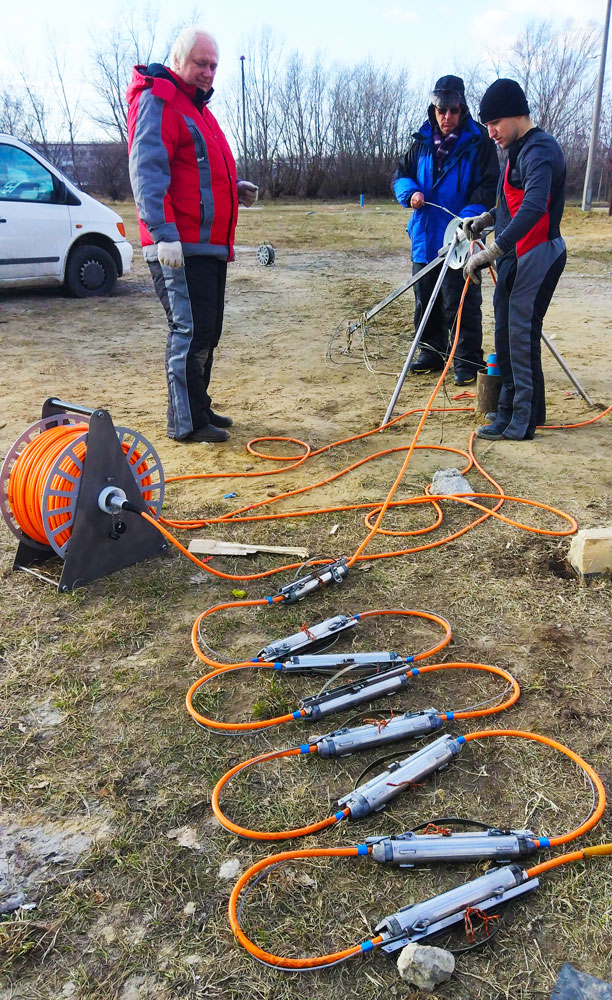 News Eve is the best moment to sum up the results and revise what was done in 2018. At this year we took part in more than 10 conferences and exhibitions where we were demonstrating the equipment we design and manufacture and presenting studies on technologies we currently develop. 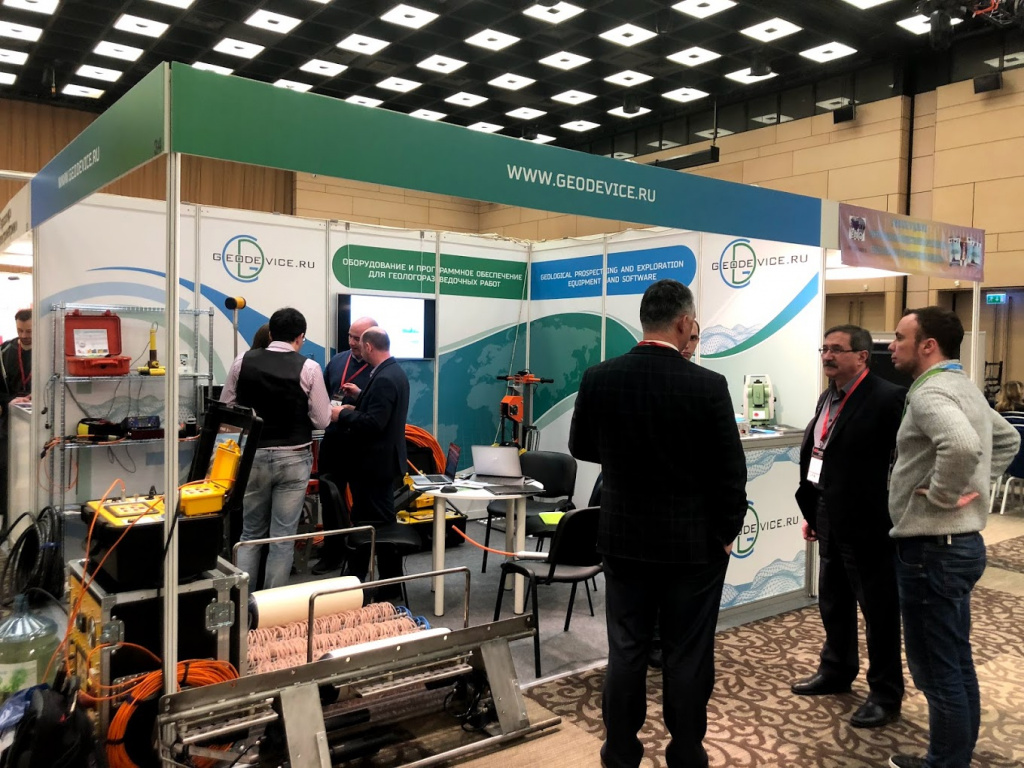 On the “GeoEurasia 2018” conference it was demonstrated G-Boomer for the first time. At this event it was also introduced a prominent idea on the simultaneous source technique that allows one to improve efficiency of seismic survey works, we also announced a new energy sources of the MultiJack series allowing to work in simultaneous source, coded shooting, multi-level source and flip-flop modes. 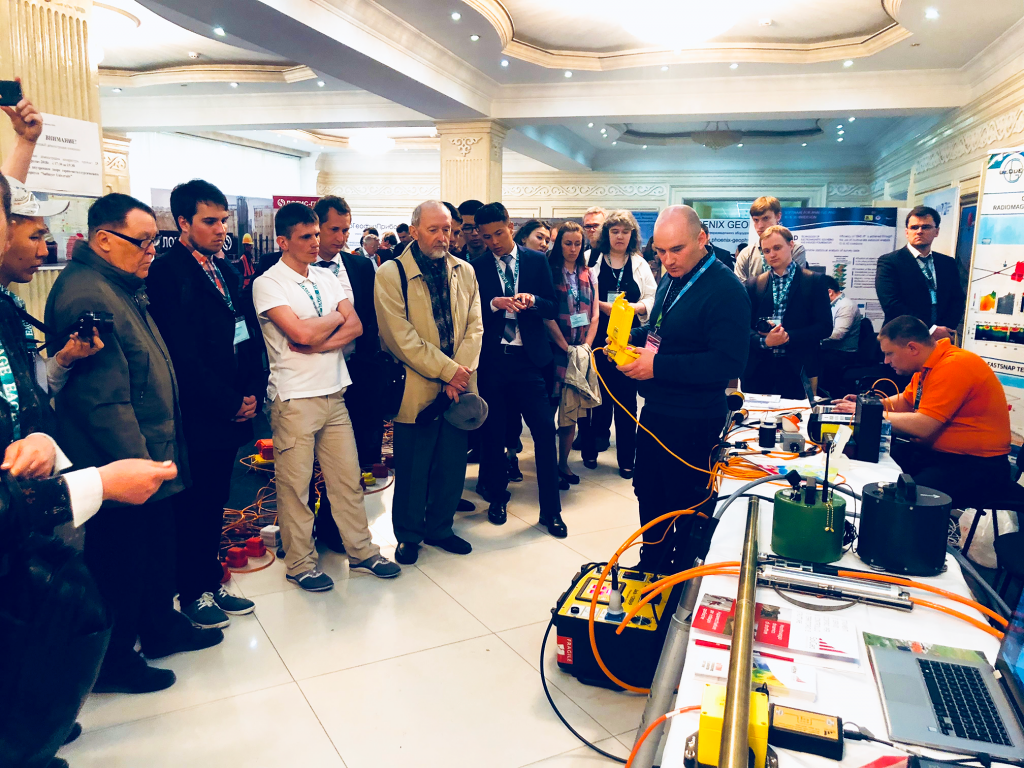 As always, we participated in the “Engineering and mining geophysics 2018” conference that took place in Kazakhstan. Geodevice employees presented a number of studies, one of which was selected as the best in its session and thus was included in the technical program of "Near Surface Geoscience 2018". Along with our Italian and German partners we carried out a field demonstration of a wide range of equipment.

We consider "EAGE Near Surface Geoscience 2018" as one of the most significant events of the outgoing year: besides the talks on new studies and developments, we presented energy sources of the MultiJack series for the first time as well as brand-new broadband (0.1 1 000 000 Hz) electromagnetic ARMT- 5 complex. 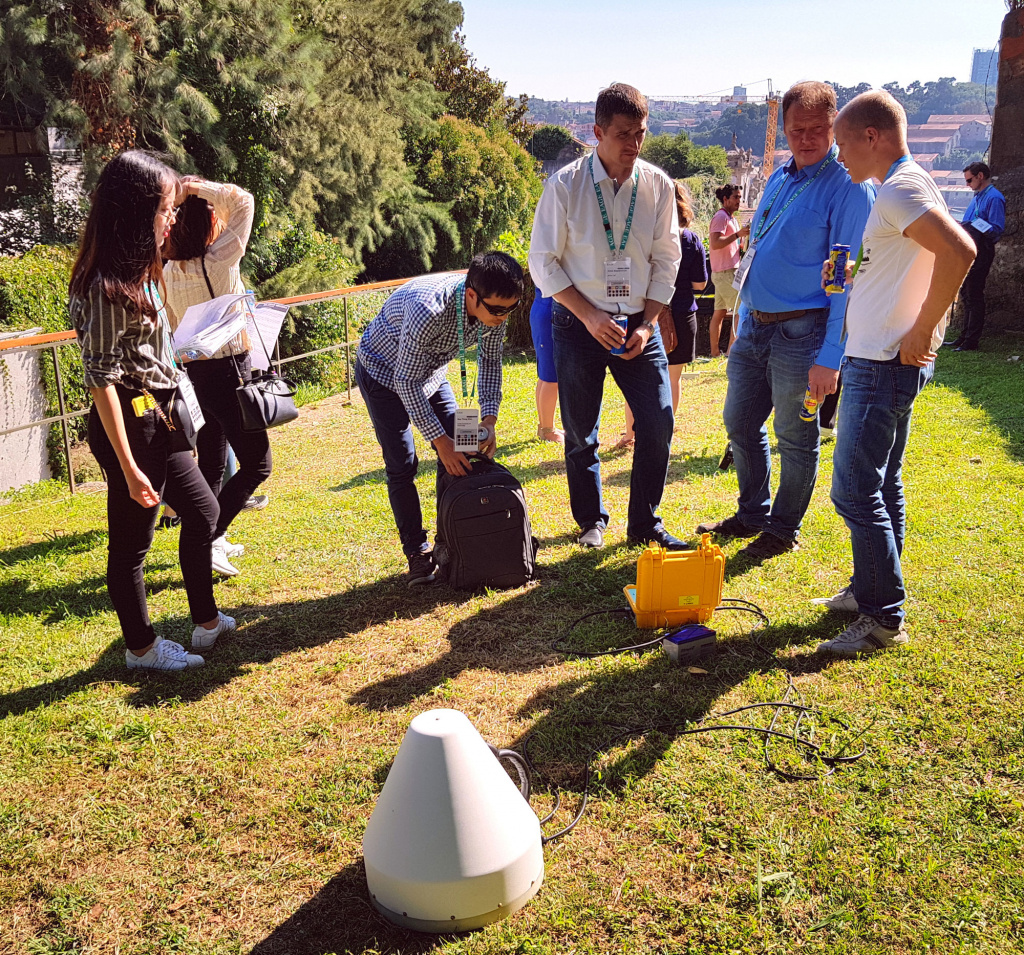 In 2018 we received the research grant of The Foundation for Assistance to Small Innovative Enterprises in Science and Technology for developing marine magnetometric complex, the project we’re currently engaged in. It is not a secret that we’re also actively working on enhancing land Overhauser (MiniMang) and quantum (QuantumMag)magnetometers , scintillation radiometer SRP-20 and portable magnetic susceptibility meter PIMV. Besides that, in the departing year a number of new products that you can get acquainted with on our website became available for purchase. 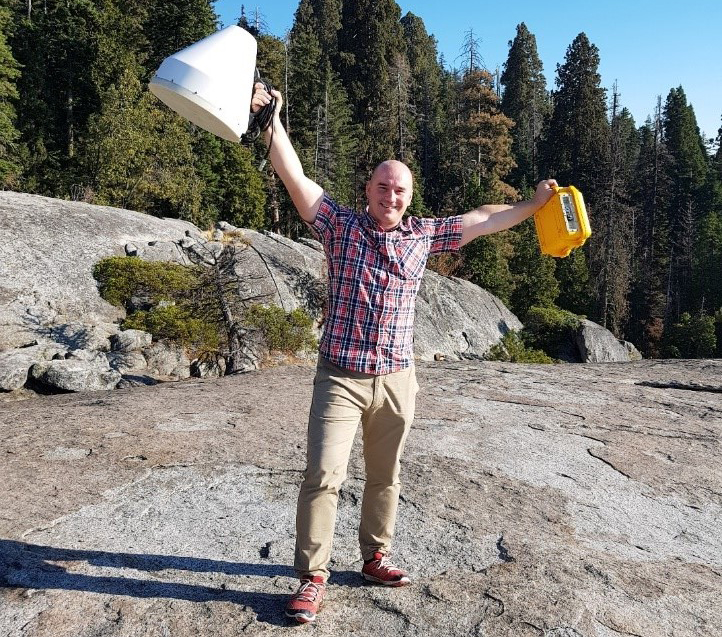 Everything we do is done with great pleasure, for you and with you, dear colleagues, partners and clients. We would like to thank you for your collaboration and wholeheartedly wish you all stability and prosperity, new prospects and successful implementation of all your plans in the coming 2019 year! See you next time!

Our colleagues successfully delivered the equipment and, together with professionals from JSC "Institute Orgenergostroy" (Moscow), started-up the crosshole seismic testing (CST) operations at the site in Hungary. 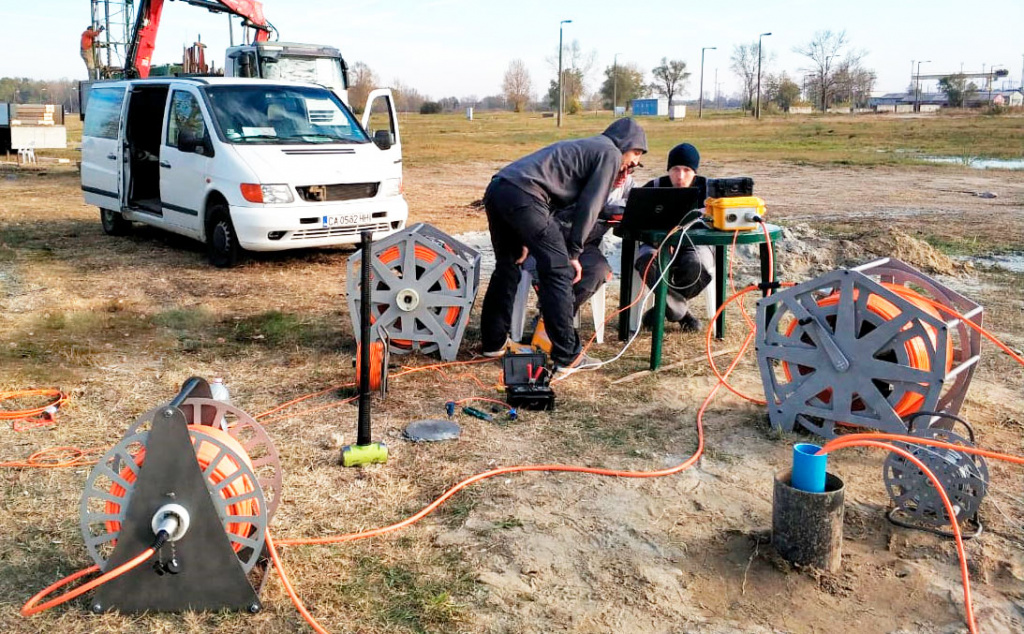 Our PIMV is now traveling around gorgeous California while measuring the magnetic susceptibility of rocks that form its scenic Golden Coast. Among other Geodevice products it was recently presented at Society of Exploration Geophysicists 2018 International Exposition and 88th Annual Meeting. 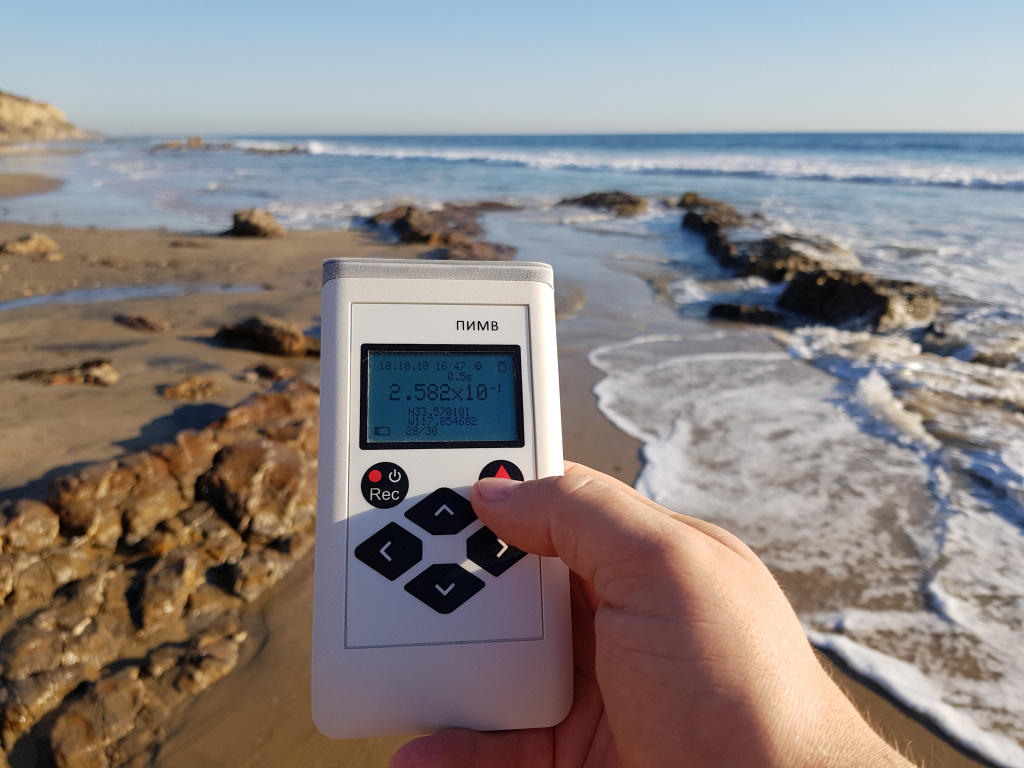 September 24, 2018 Our fellows came back home from sunny Portugal

Our fellows came back home from sunny Portugal, where they took part in the EAGE Near Surface Geoscience Conference and Exhibition 2018. In addition to the technical program talks that highlighted the company's new developments, the specialists conducted a field demonstration of equipment, at which the ARMT-5 complex was being showcased for the first time. This device is designed for audio- and radio-magnetotelluric soundings and has no analogues in terms of frequency range (0.1 Hz - 1 MHz) and, accordingly, the scope of tasks that can be solved. 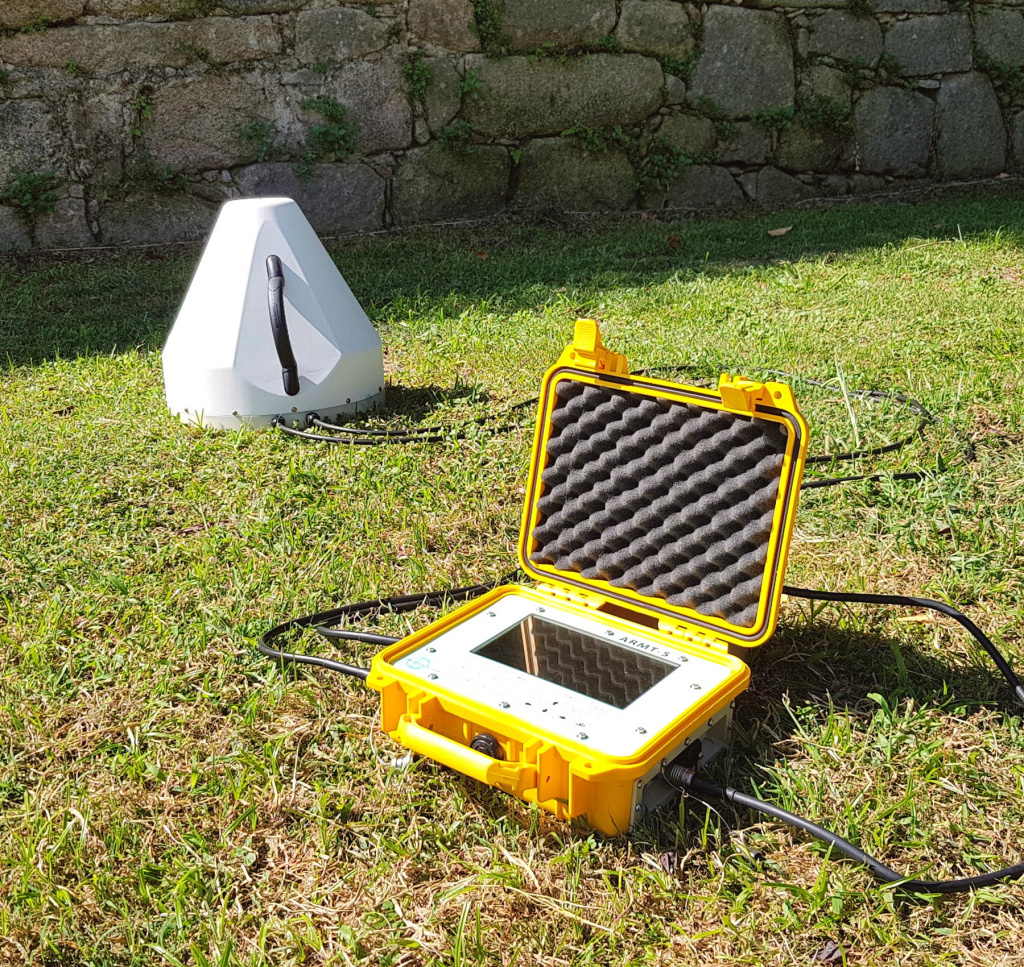 Dear Colleagues! We are happy to inform you that we have released a new equipment for performing high-resolution seismic survey operations:

Energy sources MultiJack provide operation of electrosparking and electrodynamic sources of various type. MultiJack energy sources allow customers to work in an array for successful fulfilment of the latest technologies:

At 23-27 April there was an EAGE conference Engineering and Mining Geophysics 2018 (Almaty, Kazakhstan), for which our Chief Marketing Officer Vladimir Ignatev surved as a Chairman. Other Geodevice employees also took part in this conference and exhibition together with business partners from Italy (SolGeo) and Germany (DMT).

One of our talks (Possibility of distributed acoustic sensing (DAS) for geophysical problems solution) was selected as the best in its session and thus will be included in the technical program of Near Surface Geoscience 2018 (Porto, 9-13 September) with special status. Congratulations!

Yesterday together with the Schmidt Institute of Physics of the Earth of the Russian Academy of Sciences (IPE RAS, Moscow), we took part in seismic equipment tests with our Pike-5.45/7.62 seismic gun. The experiment took place in a picturesque bay on the Ladoga Lake, where the sensors were "frozen in the ice" on its surface, and the shots were fired in the holes. Thus, observations were made using the seismotomography technique.

Our company took part in The 31-th Symposium on the Application of Geophysics to Engineering and Environmental Problems (SAGEEP) 2018, which was held from 25 to 29 March in Nashville, USA . At the exhibition stand our team demonstrated to foreign colleagues domestic geophysical equipment. 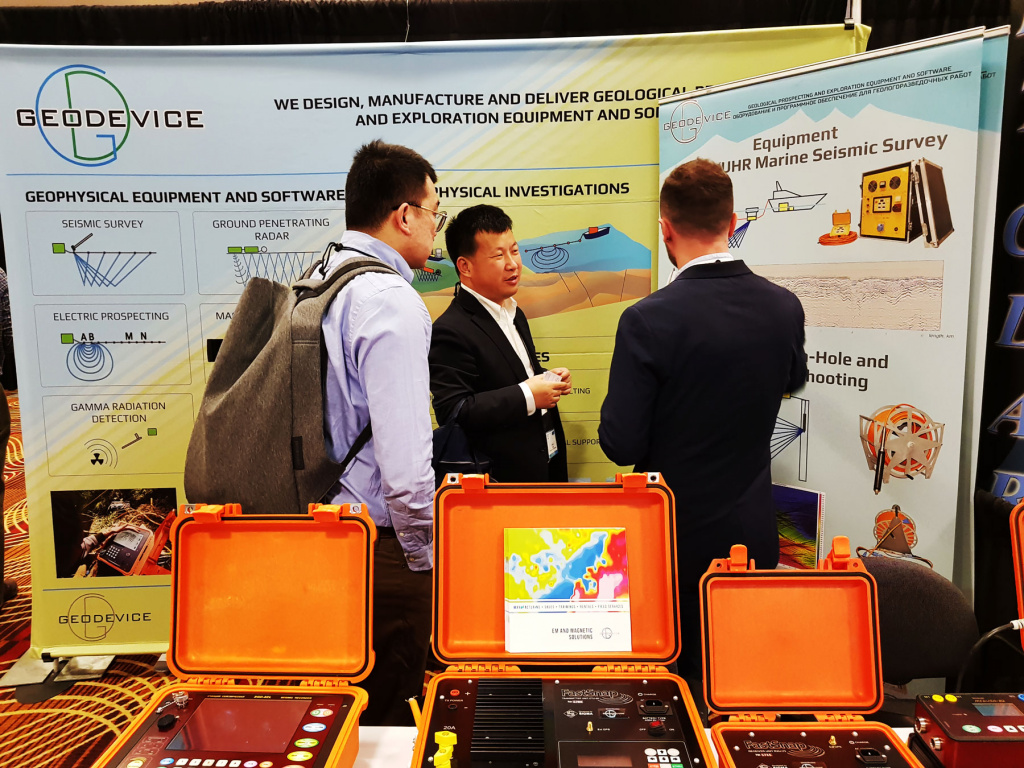 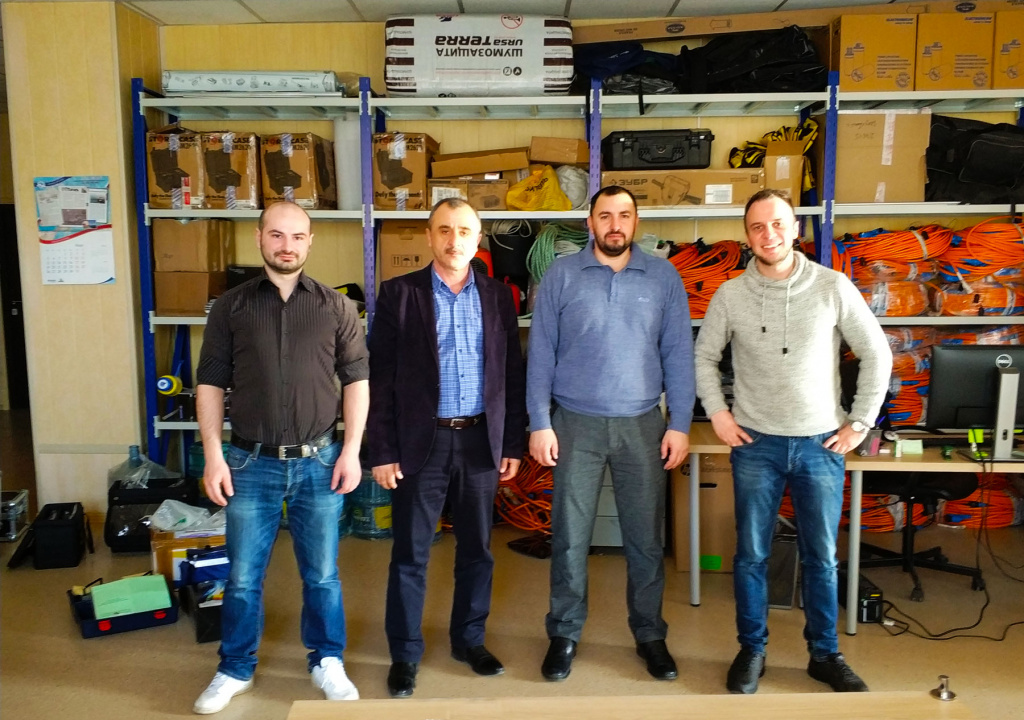 March 15, 2018 During world’s largest congress on development of mineral deposits

During world’s largest congress on development of mineral deposits PDAC international convention, trade show and investors exchange (4-7 March, Toronto) we were showing our products at our booth. 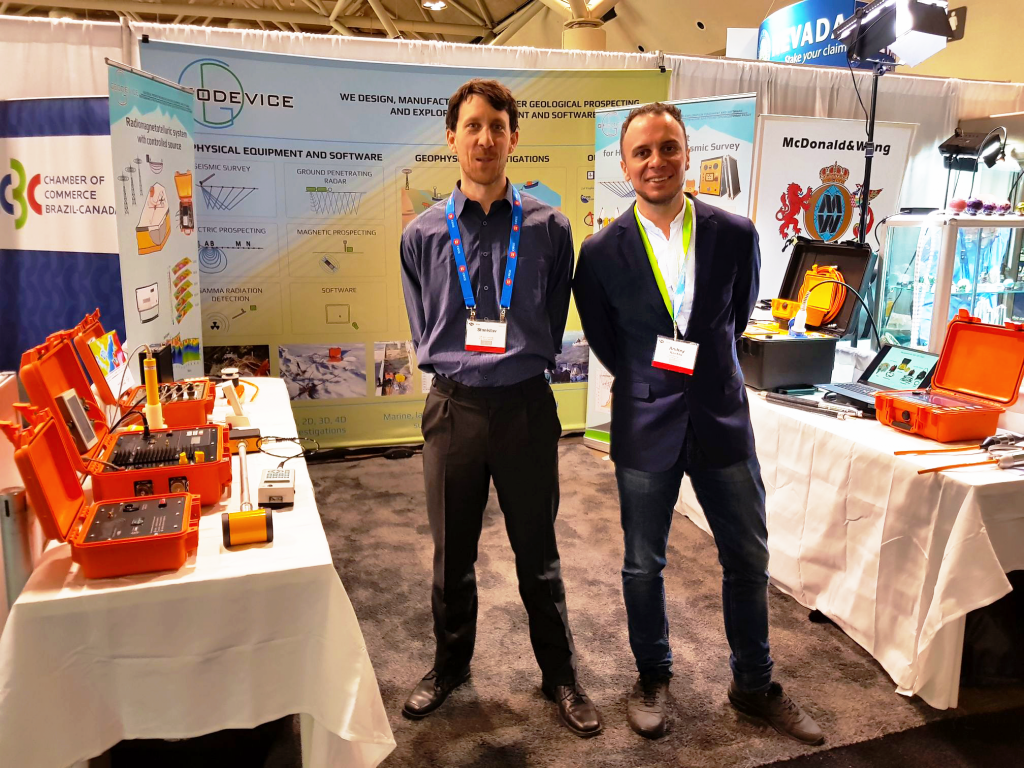 We updated the list of events! You can see it on the site. 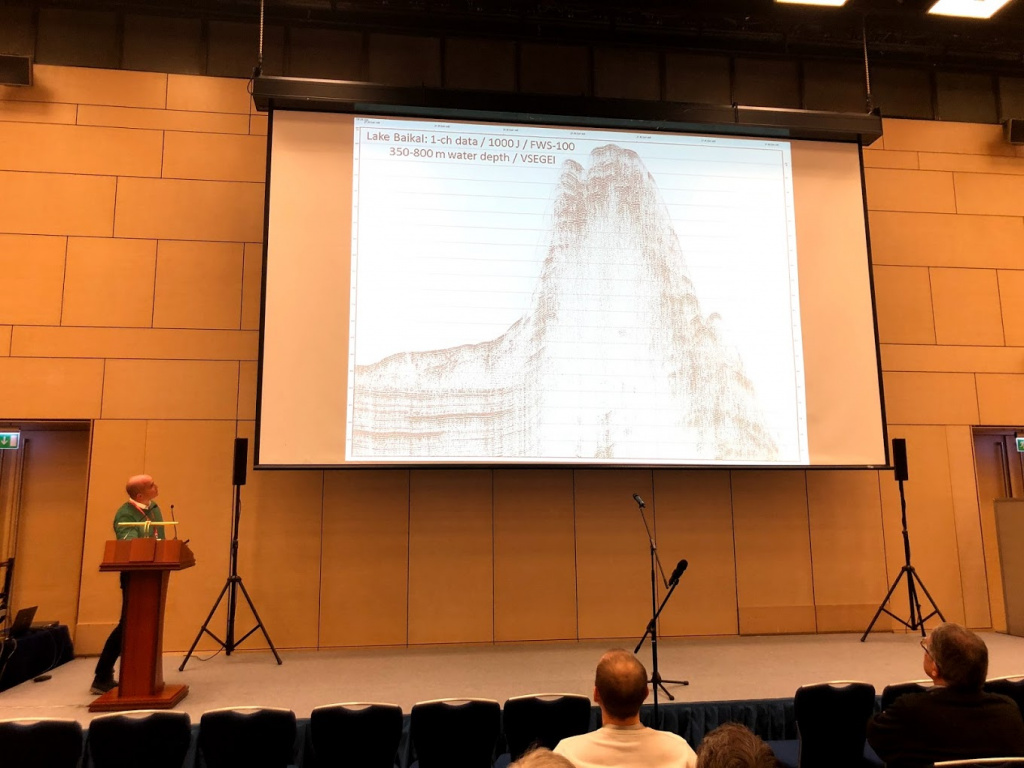 Geodevice LLC has signed a long-term cooperation agreement with SolGeo, one of the world's leading manufacturers of equipment for crosshole seismic testing and dynamic monitoring. Seriate (BG), Italy. 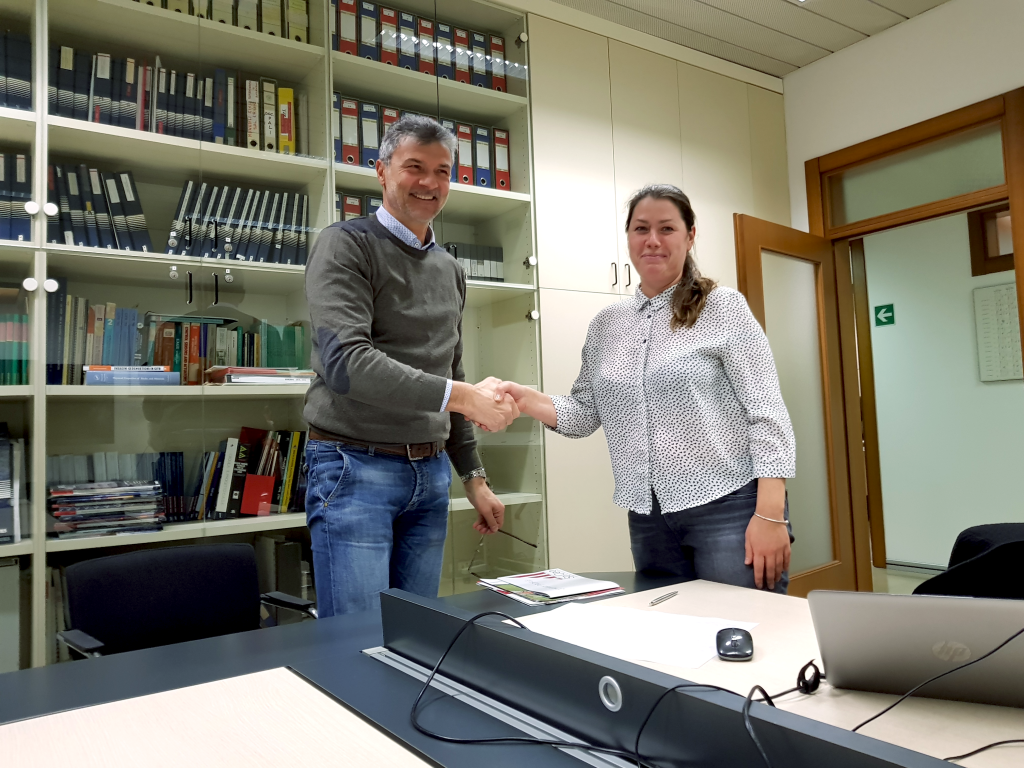 More detailed information about their content, as well as the equipment used in the framework of the relevant studies, can be found at the Geodevice LLC exhibition booth. 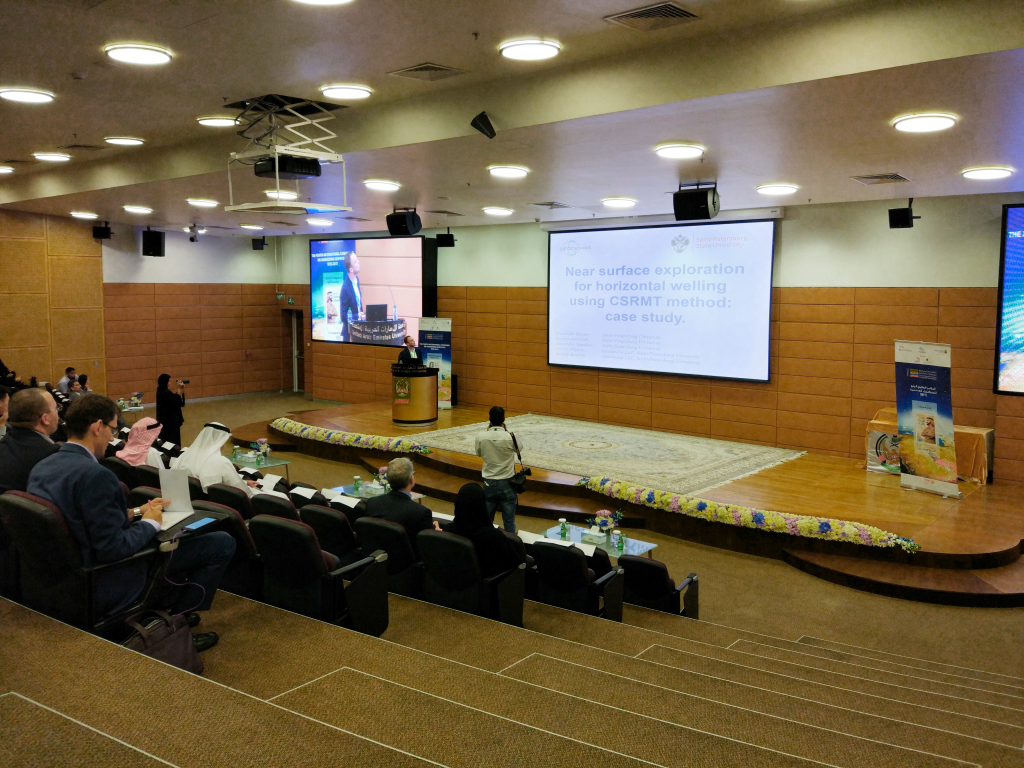 From September 24th to 29th the city of Houston has been hosting the SEG International Exposition and 87th Annual Meeting at which Geodevice LLC was fortunate to attract much attention of the public. 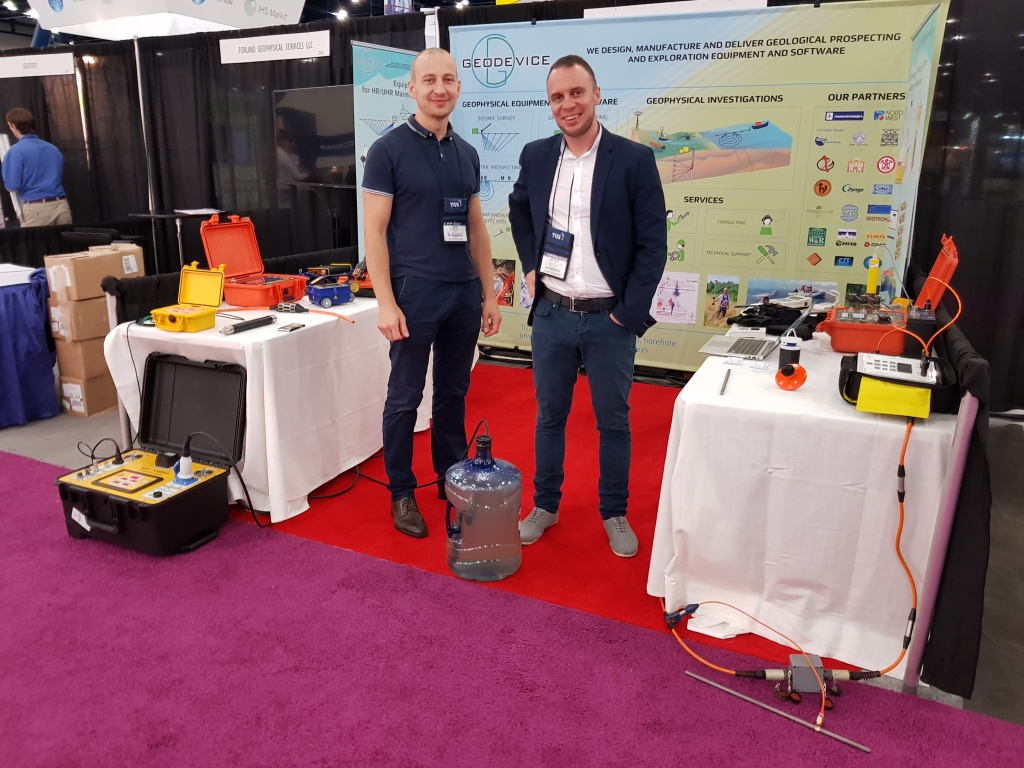 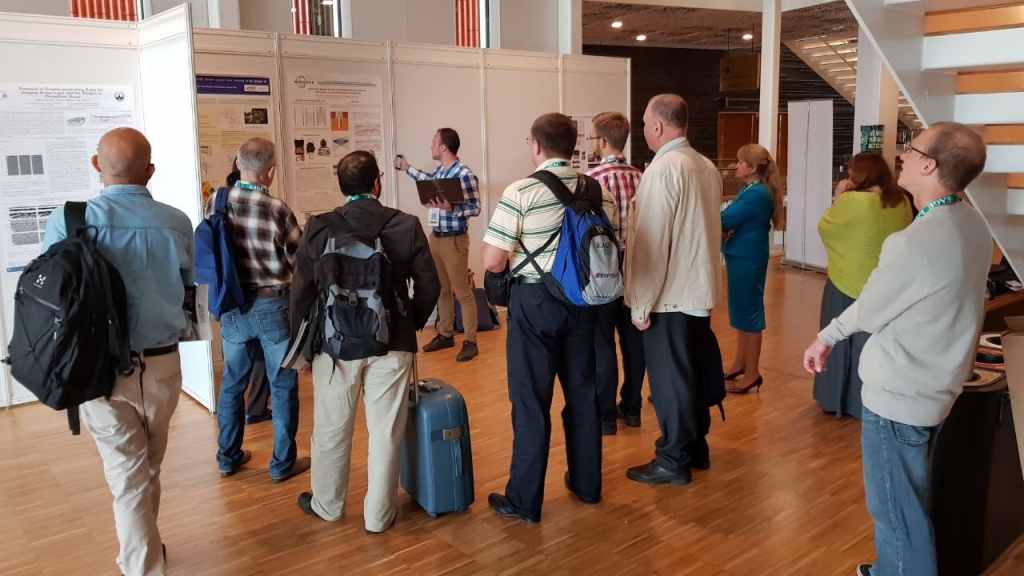